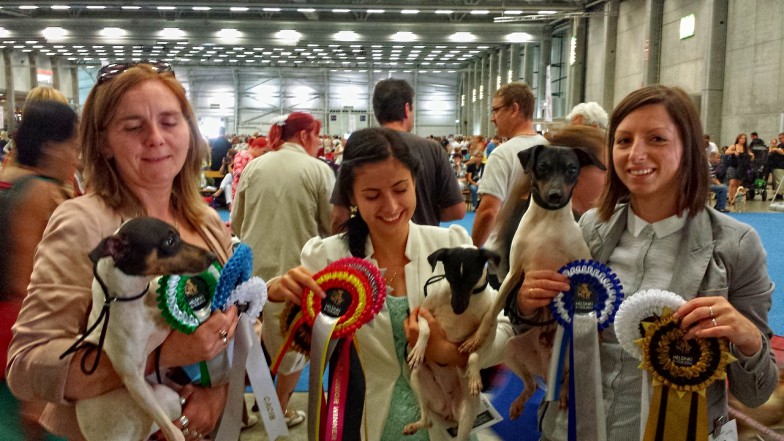 The judge was Mr. Hiroshi Kamisato from Japan. Keru came first into the ring. He walked great, stood perfectly on the table, as well as from the scoring table. The referee had no doubt to give him the CAC, CACIB and the title World Winner 2014. Thi is his second such title, the former got a year ago. For this Keru was Champion of Finland! 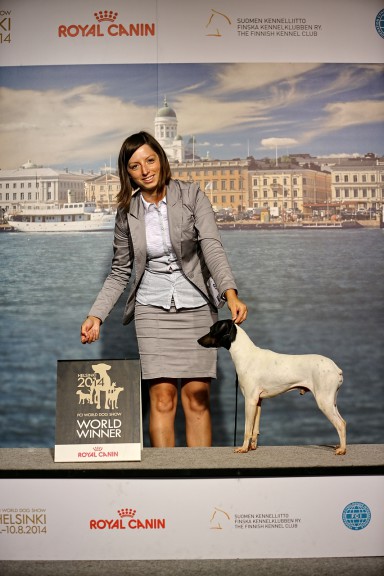 Then our little Fuji came into the ring. With every next show she looks better and better. Fuji went beautifully, had some concerns on the table, as slightly scared of the judge, but it does not change the fact that she showed up really nicely. Fuji got JBOB and received the title of Junior World Winner. 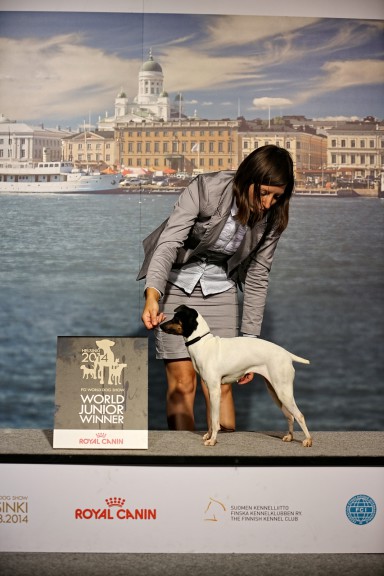 Next in the ring was Lisa, the owner Maria Nordin. In my opinion Lisa did not presented well. She did not want to walk, her nose was practically all the time on the ground. In addition, I do not think she was in show condition (too long hair), even though the judge from Japan gave her an excellent note. What needs to be emphasized, for this female it was a very good result.

After Lisa we saw Bayka in the ring. Bayka as a professional,she walked perfectly, stood great, she dod all well. After the presentation for the title CAC (1 x CAC gives Champion of Finland) competed Fuji, Lisa and Bayka. This won the youngest, which was a huge surprise for us! The judge said that Fuji has a great smiley face and he really likes her. Of course, we agree with the judge.

Then Bayka and Lisa competed for rCAC. Here the judge also had no doubt and gave rCAC to Bayka. It was also CACIB comparison, so World Winner.It was just a formality. Bayka got CACIB and her first adult title World Winner 2014! 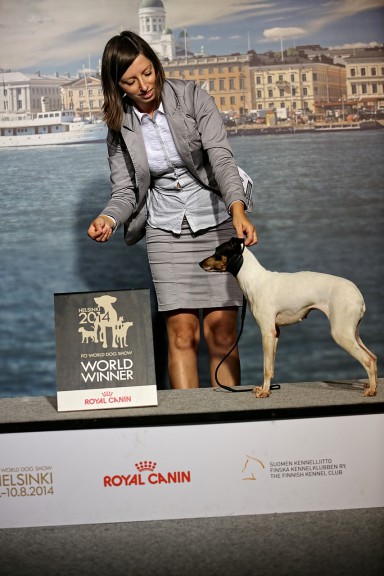 In comparison for BOB competed: Keru – the best Japanese terrier in the history of the breed, and Fuji, perfectly promising female. Dogs have done one wheel in the ring and to our happiness and amazement, Fuji sensationally won BOB! It is for us a great success, and in addition satisfaction that so young female has been recognized by the judge from Japan. 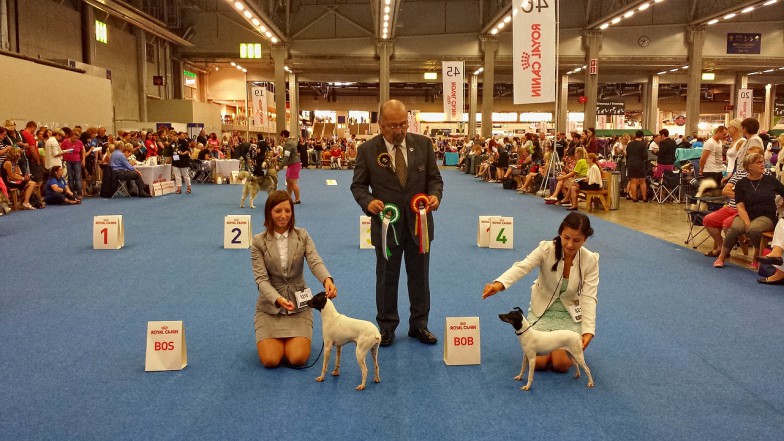 Whe showed Fuji on BOG. It was a great pleasure for us to represent Japanese terriers during the finals of World Dog Show 2014.