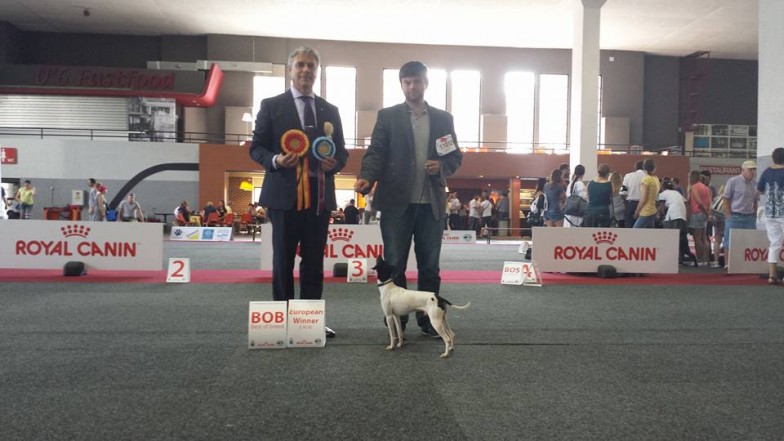 At the end of August we went to Brussels on European Dog Show. Our judge was Tamas Jakkel from Hungary.

Tsubasa is still a very young dog so we could expect almost anything. We’ve spent lots of time for training and practicing before this show and wanted to show it in the ring. And we did it. Tsubasa looked and behaved really nice. He stood great at the table and was beautiful in movement. Without any doubts judge Jakkela gave Tsubasa his first adult continental tilte – the European Winner.

We decided to stay for BIS competition where again Tsubasa did great his job but we achieved nothing more. But the fact of taking part in finals of such prestigious show was undoubtedly our success.