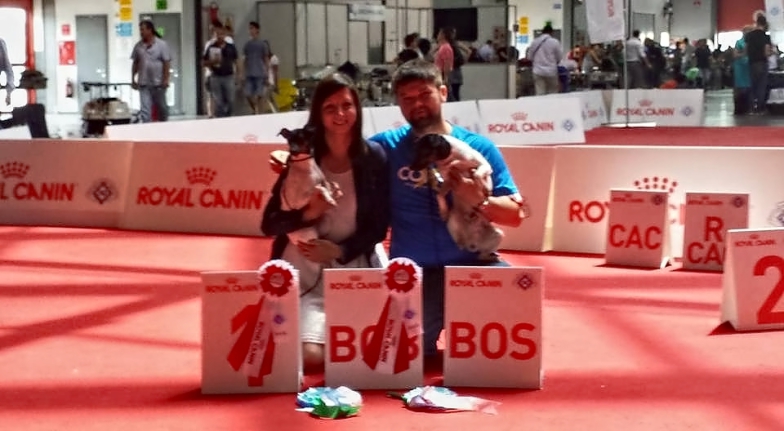 In mid-June in Milan was held this years’ most important dog show for us – World Dog Show. On 12th June we competed in Club Show (the event accompanied to the WDS). The next day was the day of our battle on the world show.

There were five dogs registered, but as it turned out two of them were registered as japanese terriers by mistake.

While the club show we were judged by Hans Erhard Grüttner from Germany. The judging was fast. Keru and Fuji showed themselfes perfectly. We were surprised that judge decided that there will be no comparision. Keru got BOB and Fuji was rated only as very good. It was shock for us. We were not be able to get any explainations and details from the jugde. Fuji just didn’t win his approval.

The next day was the World Dog Show. There was one dog and two bitches (Bayka’s sister) compeeting. Kery walked perfectly, stood on the table really straight, all was perfect. The Italian judge Antonino Di Trapani had no doubts – Keru became World Winner.
After Bayka was Fuji. It was her day. Walked exquisitely, stood great, got CAC.

Next was Bayka’s sister. In this case I refrain from judging her walking and standing. Personally I don’t think this bitch should be rated excellent. Nevertheless the judge decided to give her a chance to compete with Fuju for the World Winner title. In this competition, according to the judge, nicer bitch was Fuji who won World Winner 2015 title.
In BOB comparision, this time Fuji win over Keru.

Apart from World Winner, Keru finished all the steps to became the Champion of Italy. 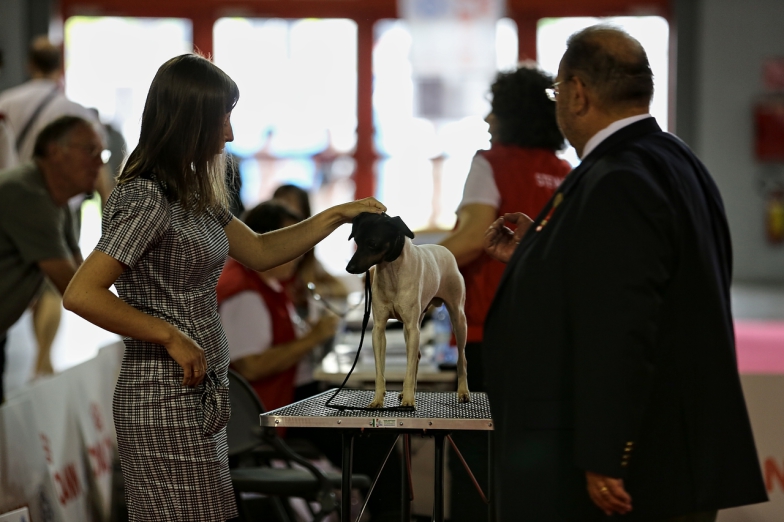 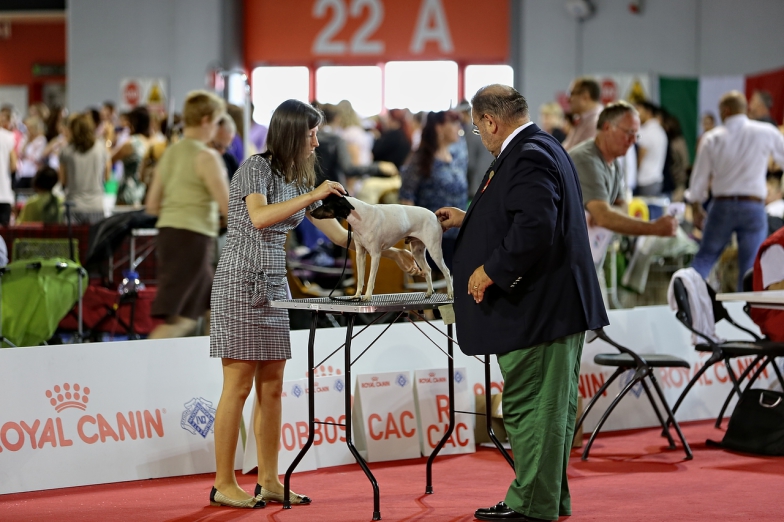 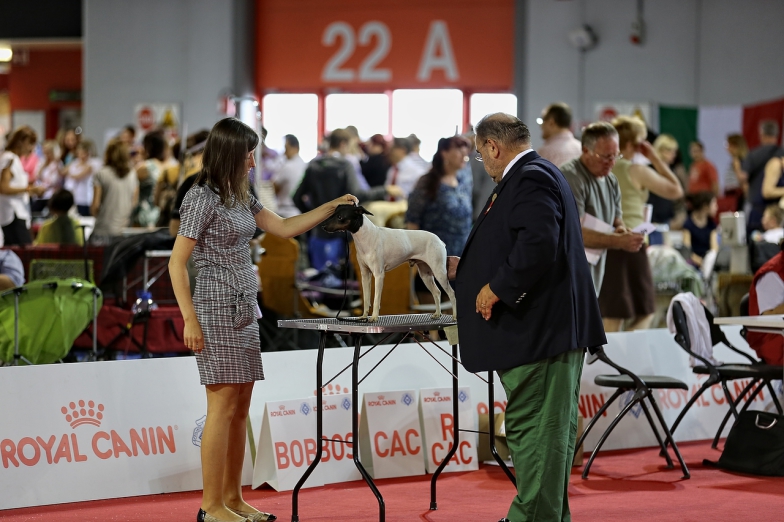 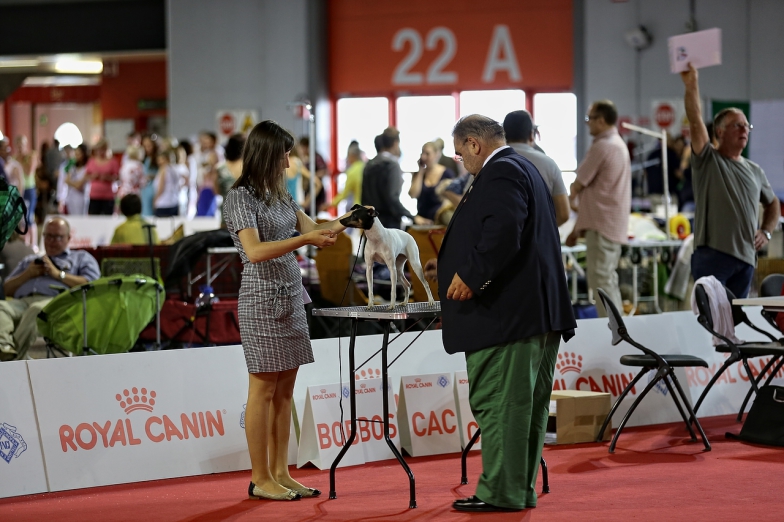