Menu
Fuji is Champion of Croatia! 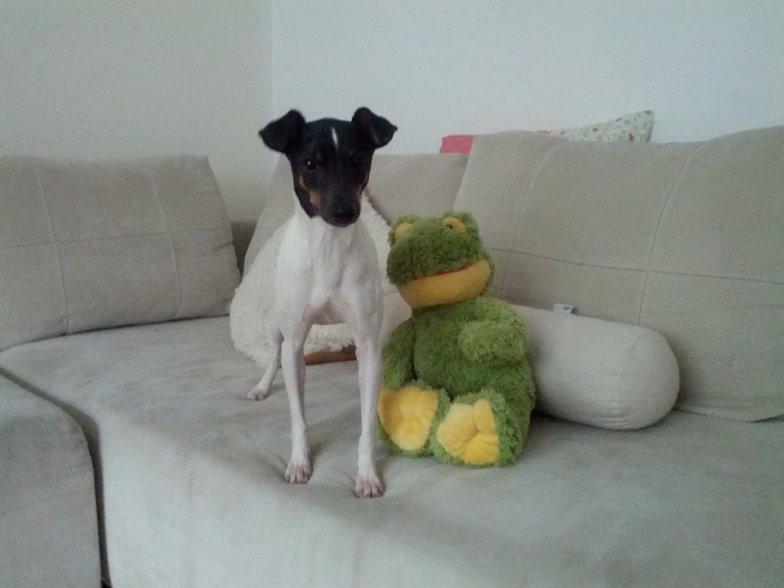 From 21st to 23rd November in Zagreb took part three shows: Terrier Club Show and two international shows. In each of these shows we had our representatives. Keru nad Fuji were reported to the club showand the rest just Fuji.

The club show was judged by Mr. Rony Doedijns from the Netherlands. During the presentation in the ring, Keru behaved very strangely, and this is due to the fact that Fuji was in heat. Despite this, the judge knew what was going on and gave Keru the title Terrier Club Winner of Croatia. Confident Fuji took BOB and showed very nicely in the ring despite of her heat. Thus, Fuji was Junior Terrier Club Winnerof Croatia.

A day later, Fuji was presented at the international show. The judge was Mrs. Angela Ban from Croatia, for whom this was a debut in judging of Japaneseterriers. Fuji also showed why she took BOB at the World Dog Show in Helsinki. She got CACIB and BOB. Thelast international showtook part on Sunday. Our judge was Mr. Bill Leslie fromIreland, who four months earlier gave Fujithe fourth place on BOG in Bedzin. Just as on Friday and Saturday, Fuji won BOB. Thus she ended the Champion of Croatia! This is her first adult title.