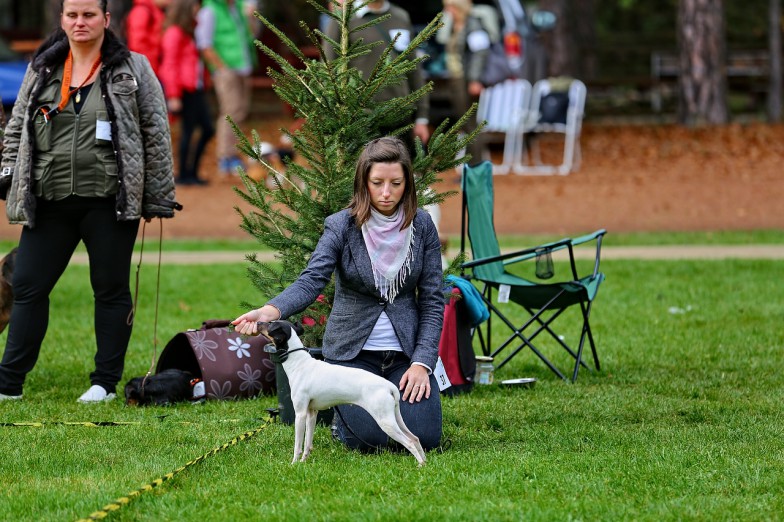 On October 18 there was held the National Hunting Dog Show in Spała, in which we took part, and actually Oktawia with Fuji. The judge was Mr. Leszek Siejkowski. He is a very unpredictable judge. We did not know what to expect. But as it was the last available date for a show before the Euro Dog Show, we decided to take a chance.

Mr. Siejkowski judged Japanese terriers for the first time. Fuji was very brave. The judge checked her teeth, then touched and noticed her moves. I think he liked her because he had no doubts and gave Fuji the BOB. We were very happy about it.

Fuji won nothing on BIS. However it was a succesfull show for us.