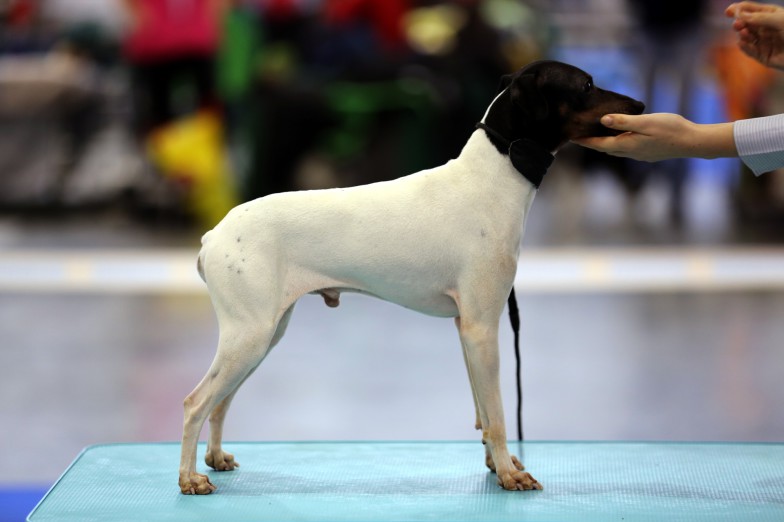 Excellent debut passed our Japanese terriers in 2014. On the first weekend of the new year was a National Dog Show in Brno, Czech Republic. We took  there Keru and Fuji, for which it was the debut.

The judge was Mr Iveta Nováková from the Czech Republic. Keru presented  in the ring very nicely and the judge had no doubt to give him BOB. Thus Keru graduated the Czech Champion and Champion of Českomoravské Kynologická Unie. But for us the biggest event was the debut of a small Fuji. A little over a 5-month-old female really surprised us. On trainings it was different, but in the ring she presented fantastically. She walked very nicely, curved beautifully on the table and most importantly, without any problems let to touch on the table. Fuji in her debut received very promising note and Best baby title.

In the ring of honor Fuji stood nicely but did not want to show too much in motion. However, it was her wonderful debut! Keru showed on BOG great, but it was not noticed by the judge.