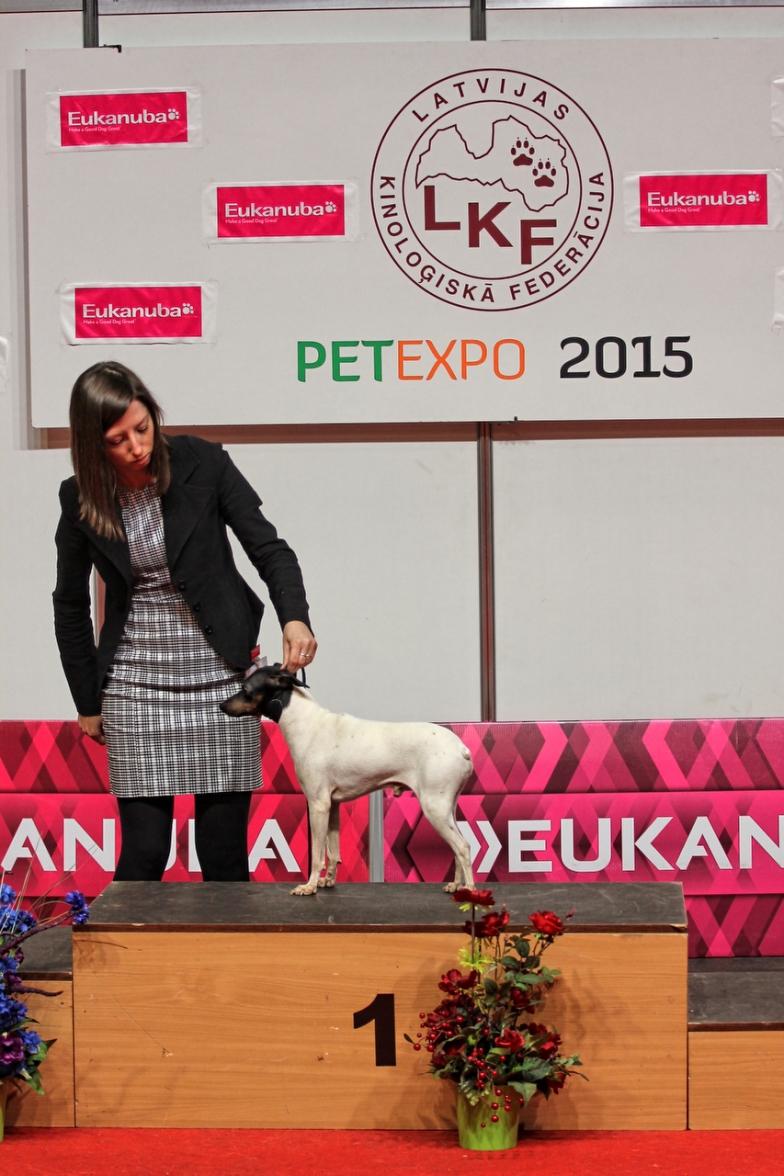 On the 21th and 22th of March in Riga were held two International Dog Shows. It was the next stage our dogs for this year’s World Dog Show.In Riga we showed Keru.

The goal was one, to complete the Champion of Latvia, which as it turned out we had to win for the second time. The results of 2012 were not qualified for the title in Latvia due to the late receipt Polish Champion. On the first day Keru was judged by Iuza Beradz from the Czech Republic.

Keru presented beautifully in the ring and winning everything he could. CAC, CACIB and BOB, so that he was officially Champion of Latvia.

The next day in the ring Keru was judged by Lokodi Zsolt from Romania. Keru again won all possible titles.
Unfortunately on BIS he not won anything.