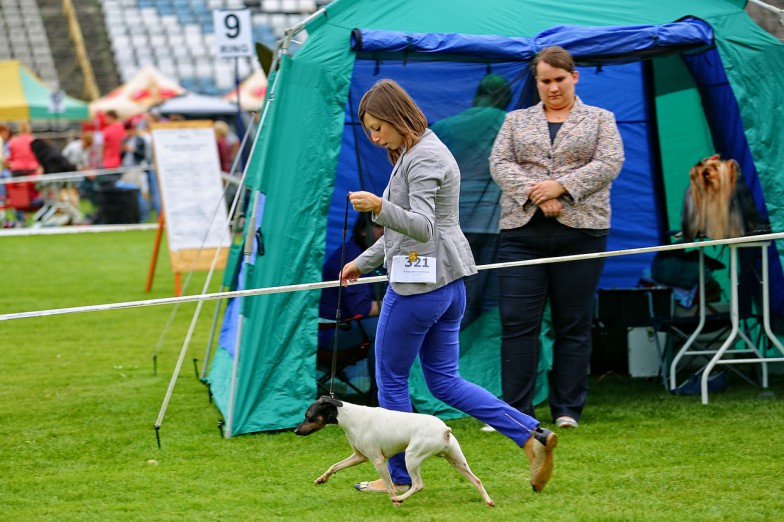 We went with mixed feelings to the Club Show. We knew that we will meet there Polish judges and they don’t use to notice other breeds besides the popular one, although a few Polish breeders are owners of the unpopular dogs which won World Winner or Europe titles. Of course, these judges were reported to our Club Show.

Keru was judged by Mrs. Viva Maria Soleckyj-Szpunar. It was her debut in judging of Japanese Terriers. We didn’t learn anything new, however were not hurt. Keru took BOB and the Terrier Club Winner. The most titled dog at the show was ignored by the judge on BIS.

It is sad that despite the fact that in our country we have the best Japanese Terriers in the world, only judges from abroad can appreciate their beauty. Poles, unfortunately, have different tastes.

A day after took place the International show. Our judge was Mr. Zdzisław Kitliński. We had no problems. Fuji competed in the intermediate class for the first time. The judge had no doubt and gave Fuji CAC, CACIB and BOB. Thus Fuji began the Polish Champion and Interchampion.