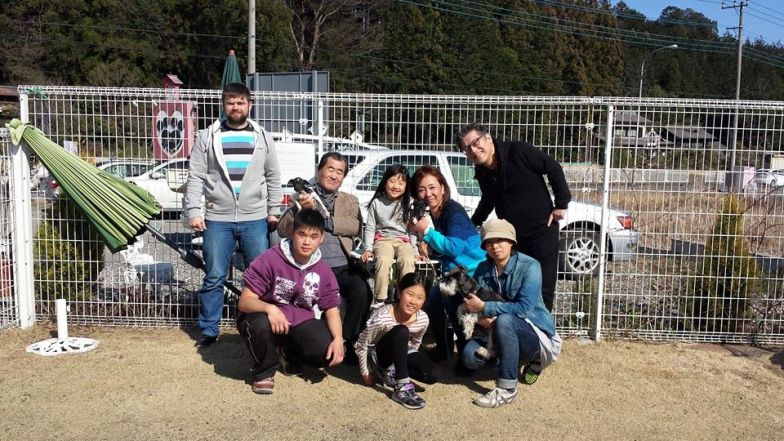 In March 2015, I was in Japan. The main aim of the journey was a visit to the breeding Pearl Iris JP, which is owned by Junko Fukuta. I flew there primarily for a new dog. On 27th of March to Polish returned with me Pearl Iris JP Tsubasa, affectionately called by us Tsubasa.

He was born on 9th of November in 2014. He was the biggest in the litter. In addition to Tsubasa born two females and one male yet (they were all in Japan). The parents of the litter are: dog Ozaki Farm JP’S Gokuu and female Crystal Of Cosmo Land JP. With Tsubasa we connected very big plans for our breeding Japanese terriers. It’s one of the three dogs in Europe, the second in our house. Other representatives of this breed in Europe is female.

Tsubasa is developing very well, he’s now at the stage replacement of teeth.

He has a very cheerful, although sometimes feisty character. He loves to play, especially with Keru.Tsubasa loves food.
In mid-April we started training to prepare him for exhibitions.

Certainly, he will soon be presented at the Polish rings. The main event this year for Tsubasa will be the Euro Dog Show in Oslo, which has already been reported.