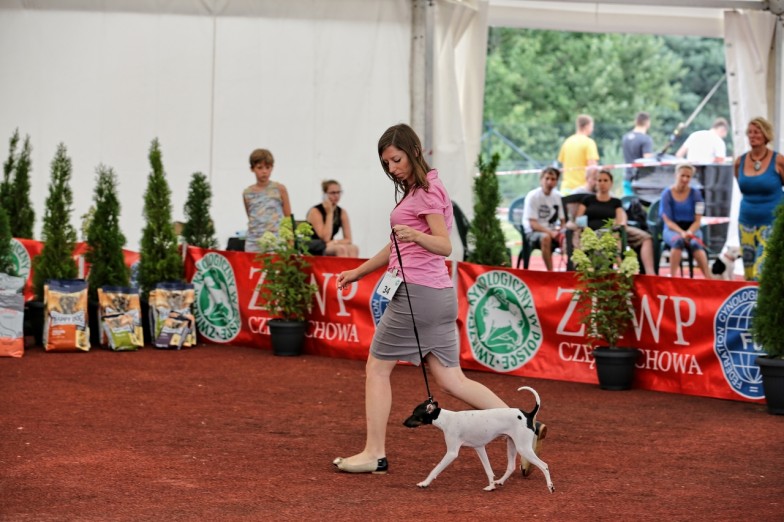 This year’s last two shows for our japanes terriers took place in Poland. On October 4th Oktawia and Tsubasa went to Rybnik and were judged by Mr. Janusz Opara. Tsubasa showed himself really great so the judge gave him Perfect Note and all the titles including BOB. At BIS contest Tsubasa remain unnoticed.

Six days later Oktawia and Tsubasa decided to go to Spala on traditional hunting dog show. Tsubasa did his good job once again but he was not good enough to get BOB. Our judge – Mrs. Joanna Szczepanska-Korpetta – decided that Tsubasa deserves only Perfect Note.

We are still lack of one title to get the Junior Championship of Poland. But 2016 and is close and we think it will be the year of Tsubasa.