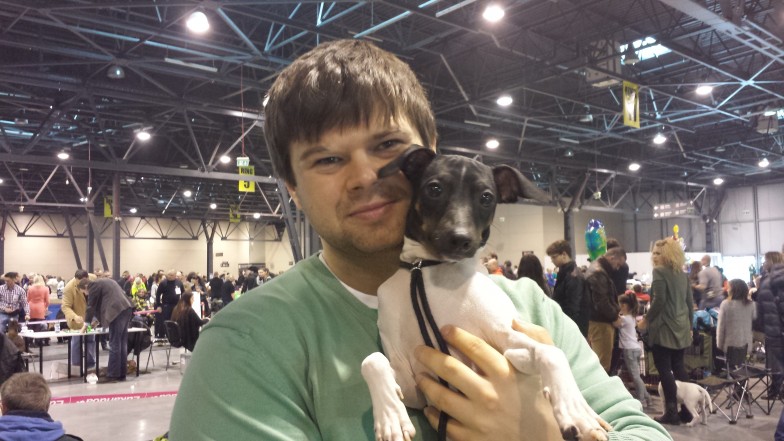 We started season 2016 in Sosnowiec on January 31st. I’s a show we take part every year but this year I went there with Tsubasa. As I expected there were lots of dogs and people in great Expo Hall in Sosnowiec – over 1500 dogs.

It will be groundbreaking year for Tsubasa (we hope) so it was a great training for him. We showed him in junior group judged by Mrs. Monika Kuriata-Okarmus. We did lots of trainings together practicing for this show. Now, for some time I’m the handler because Oktawia takes care of our little baby. At the ring Tsubasa showed himself really good. There were still some fear but he walked nice, stood still on the table and allowed to be touched by judge. It’s success for us. The judge liked Tsubasa and got BOB. This way Tsubasa finished Junior Championship of Poland.

We decided to stay on BIS where Tsubasa again presented himself really nice. Even though he wasn’t awarded I’m sure the show in Sosnowiec is successful for us.

Soon, on March, we are going to Ukraine  but we will start regular season for shows with the end of April.