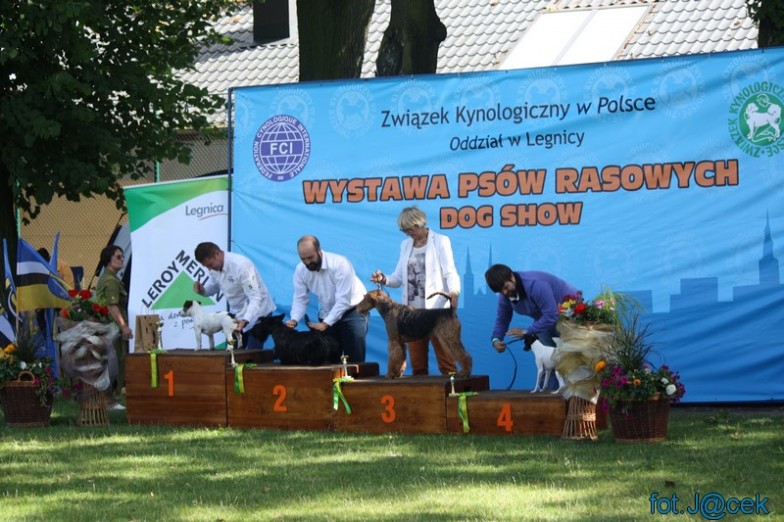 On July 16th we decided to show Tsubasa during the Hound National Dog Show in Legnickie Pole. Tsubasa still needs some time and practice to be a perfect show dog so this kind of trainings during the shows are good for him. He was judged by Małgorzata Lorenc but unfortunately there was no table in the ring and Tsubasa doesn’t like to be shown “on hands”. Nevertheless there was no problem with teeth checking. In motion and static he was much better and more confident so finally he got the BOB and stayed waiting for BIS.

I was practicing with Tsubasa all the time during the show and many people touched him.

On the BIS I’ve decided to show Tsubasa in “american style”. I wasn’t kneeling close to him but we trained self-standing on a long leash. I think the judge liked it and it gave us some better notes. Tsubasa showed himself almost perfect and he was 4th in his group (on 7 terriers total). This was his first adult podium.